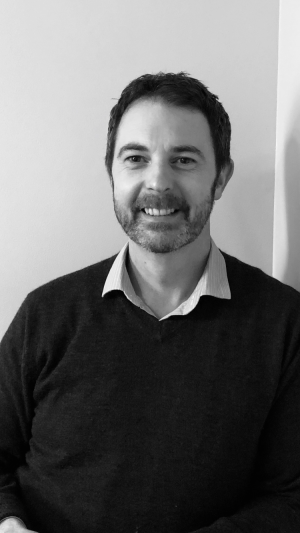 Matthew is the owner and principle psychologist of Talkingpoint.

He started his career in 1999 at Taranaki District Health Board. He had just completed his Masters Degree, studying Pain and people’s perceptions of control over it. He began working as a research Psychologist at Taranaki Base looking into the benefits of early intervention for people with depression. From here he became registered as a Psychologist with the New Zealand Psychology Board in 2001. Matthew started the Consultation liaison Service, Health Psychology Service and helped set up the multidisciplinary pain team between 2001-2003. He completed the Postgraduate Diploma in Clinical Psychology in 2003 and became a registered Clinical Psychologist. He then worked at the Alfred Hospital in Melbourne in the areas of 1st episode psychosis and crisis assessment and treatment before returning briefly to Taranaki where he started a private practice. In private practice Matthew and his colleagues saw clients via the ACC system, as well as privately referred clients with a huge variety of clinical needs. Matthew spent two years in the United Kingdom where he worked at the Royal Hospital for Neurodisability, and at the West Ealing Mental Health Service in the areas of treatment resistant Schziophrenia and Medium Security Forensic Service.

Since 2006 Matthew has been back in Taranaki in private practice. His practice, Talkingpoint Ltd, developed into the largest provider of Clinical Psychology services in the region, became a teaching facility for Intern Clinical Psychologists, and in 2019 he opened a practice in Wellington. Matthew is experienced in the areas of pain, acquired Brain Injury, including concussion, sexual abuse and mental injury arising from physical injury. He provides supervision to a number of clinicians seeking registration as neuropsychologists.

Matthew is married, has three children greatly enjoys living and raising his family in Taranaki.